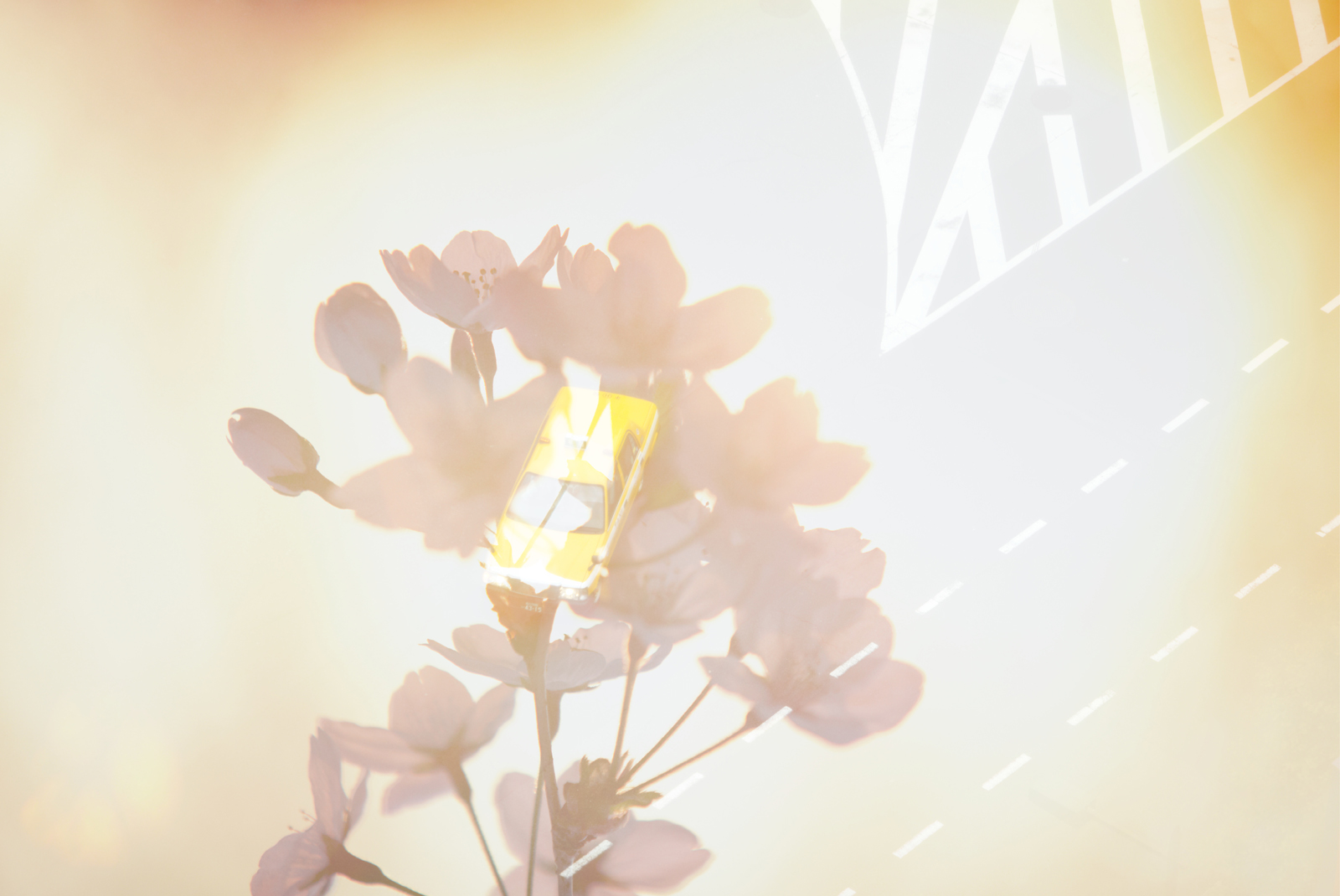 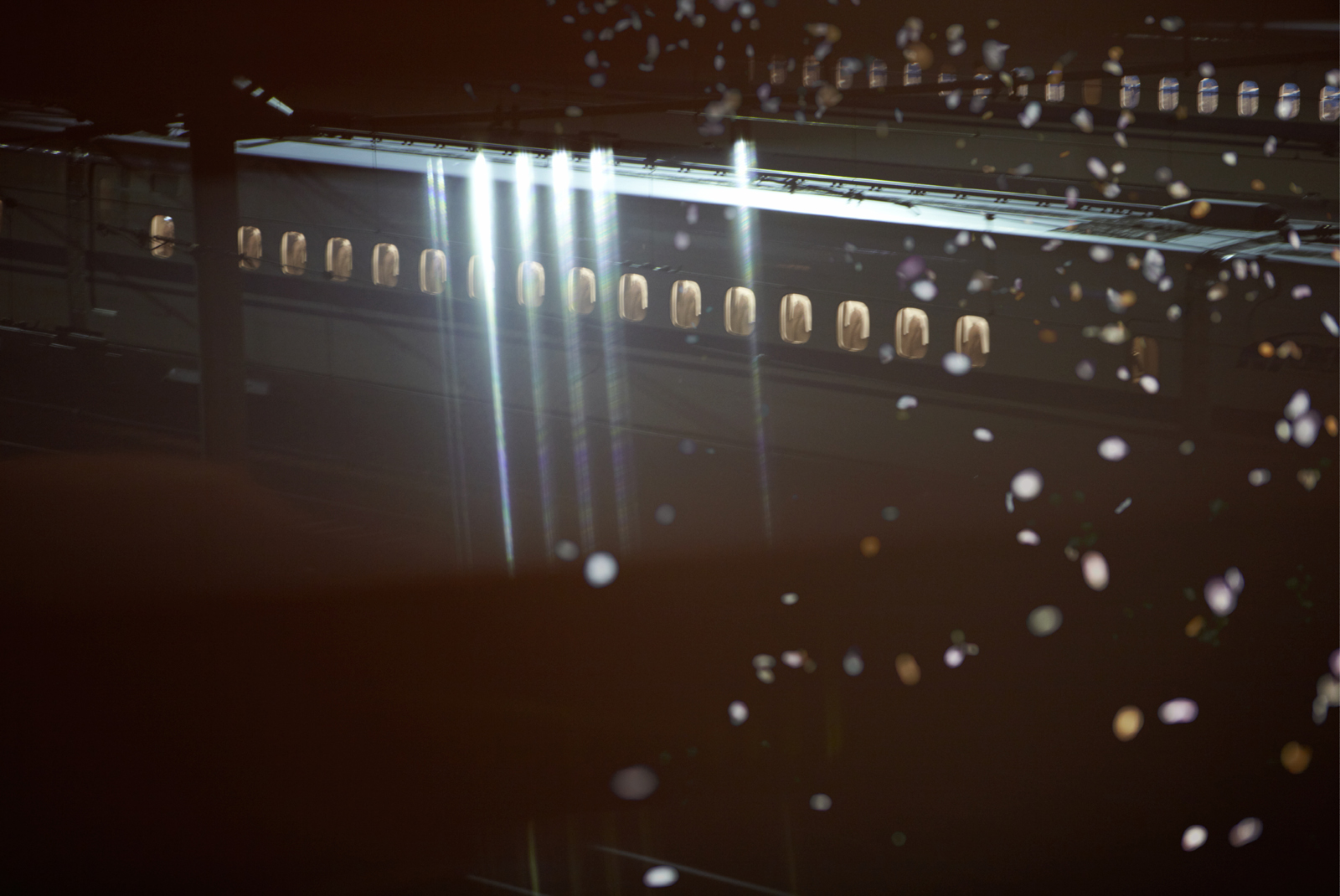 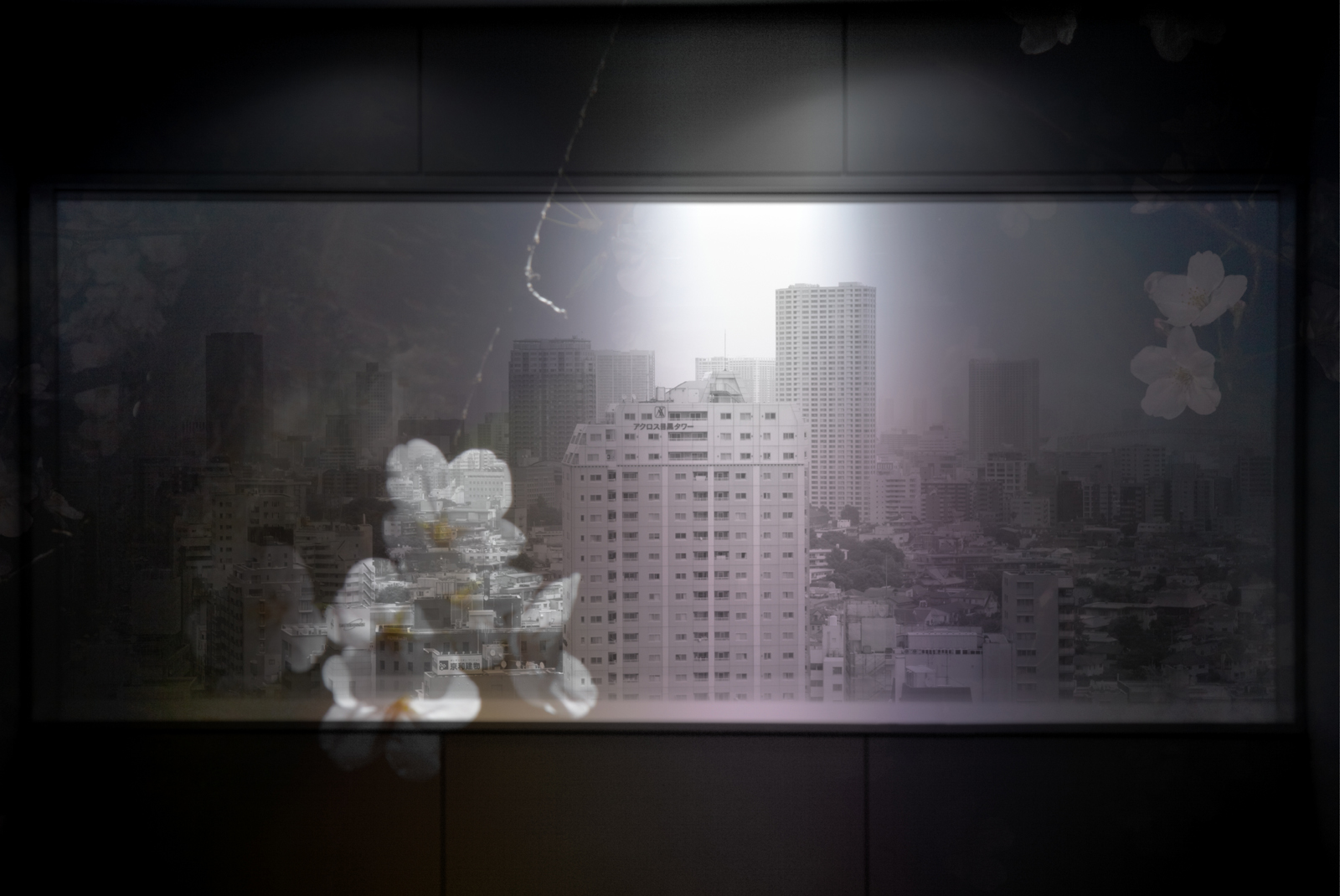 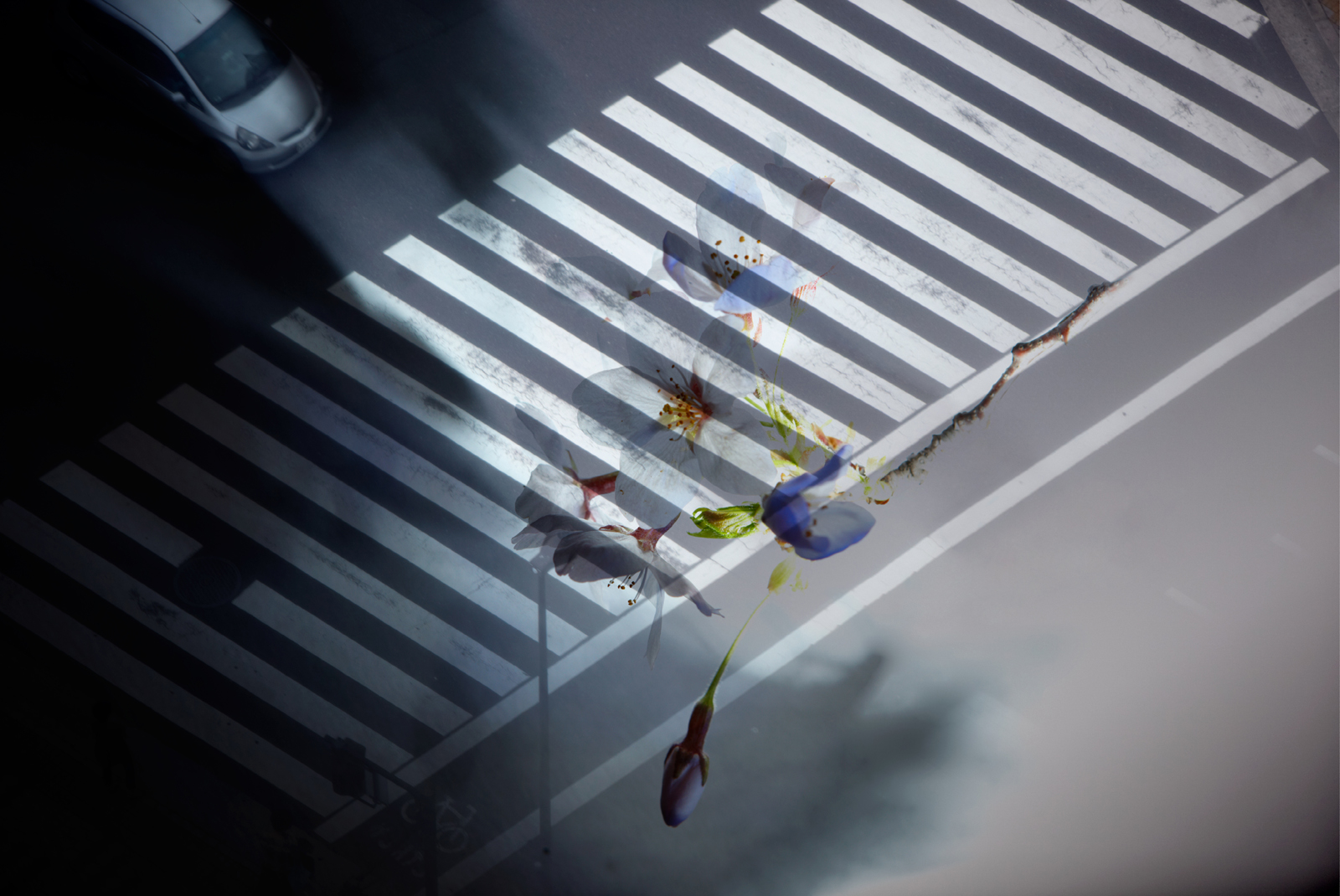 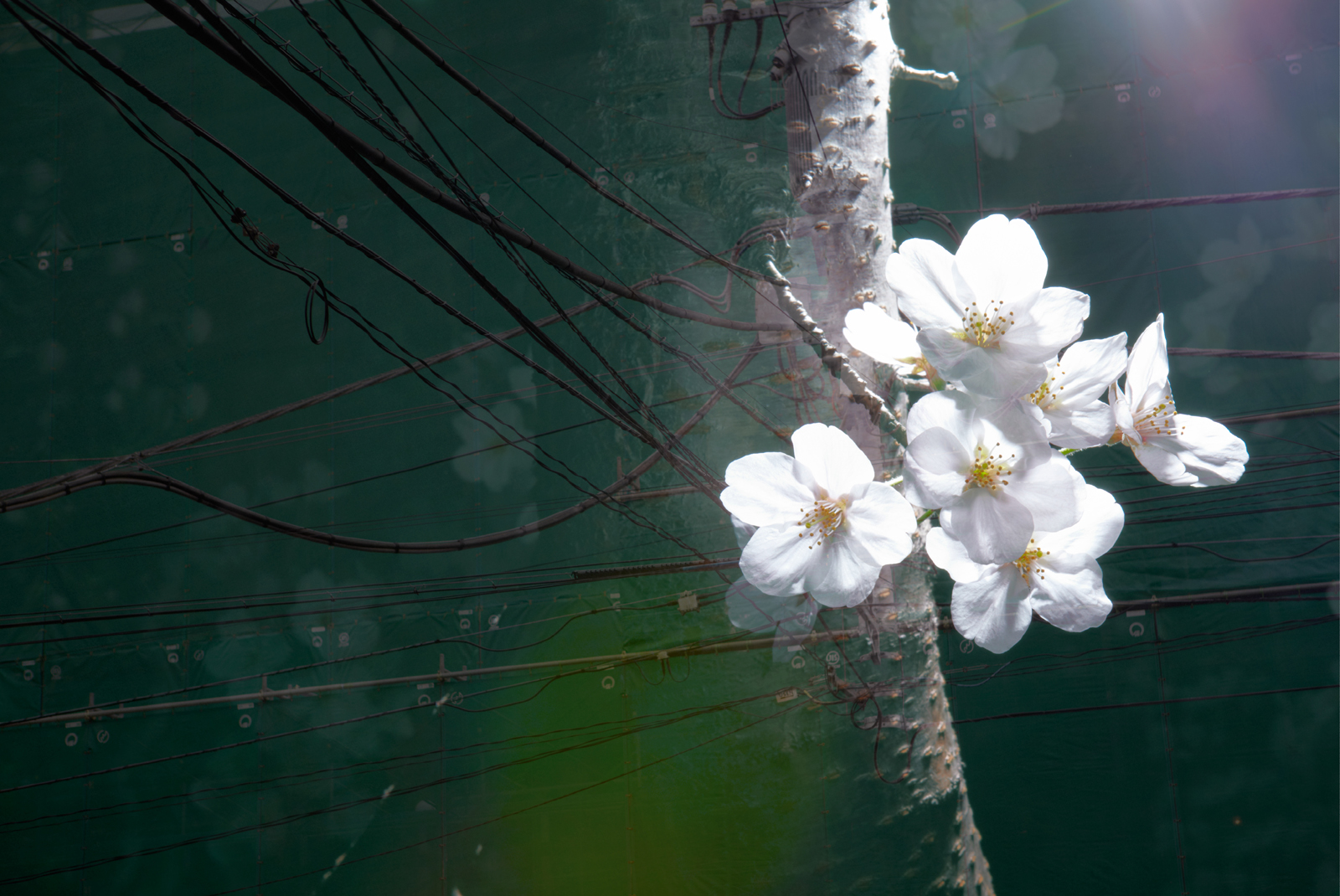 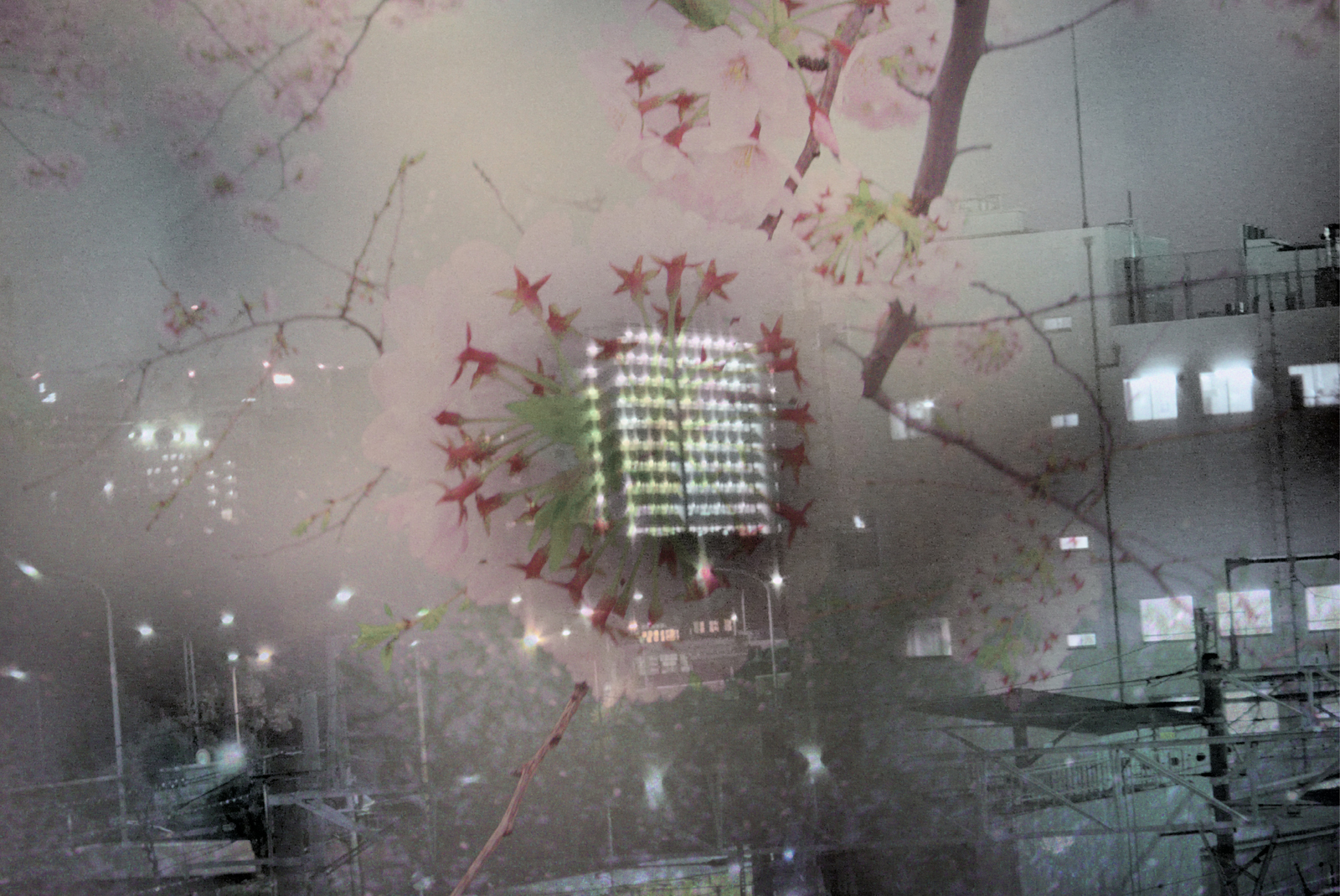 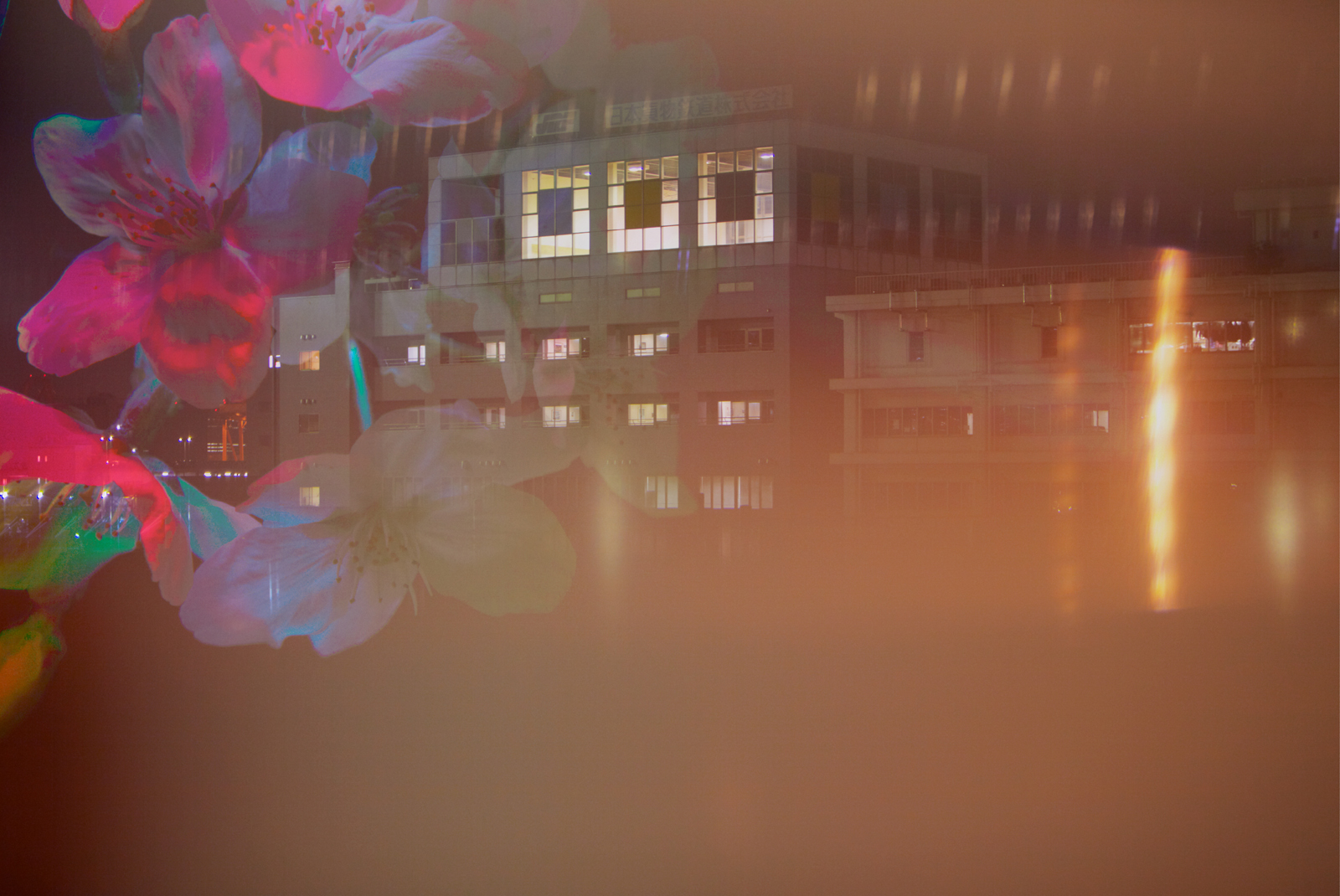 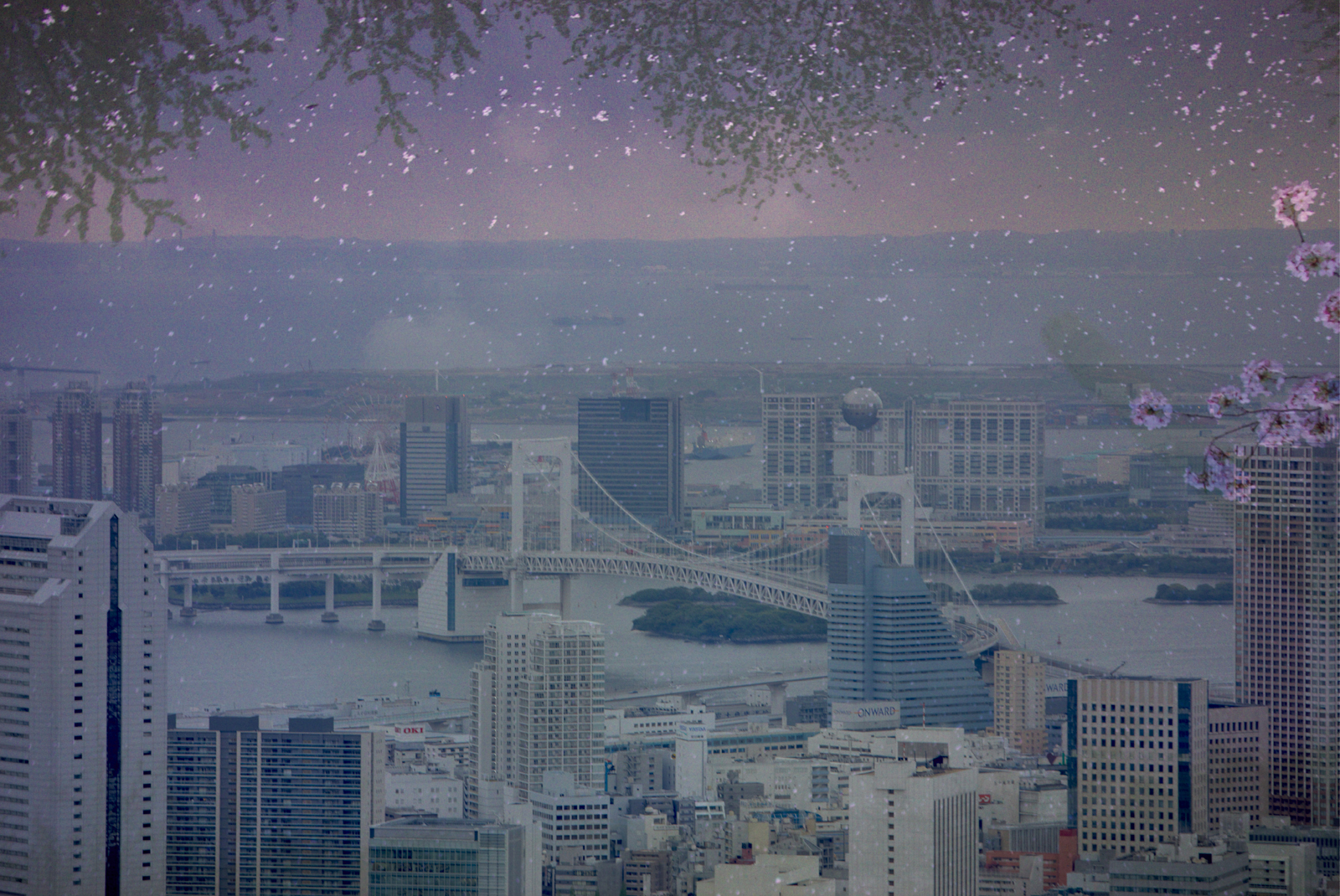 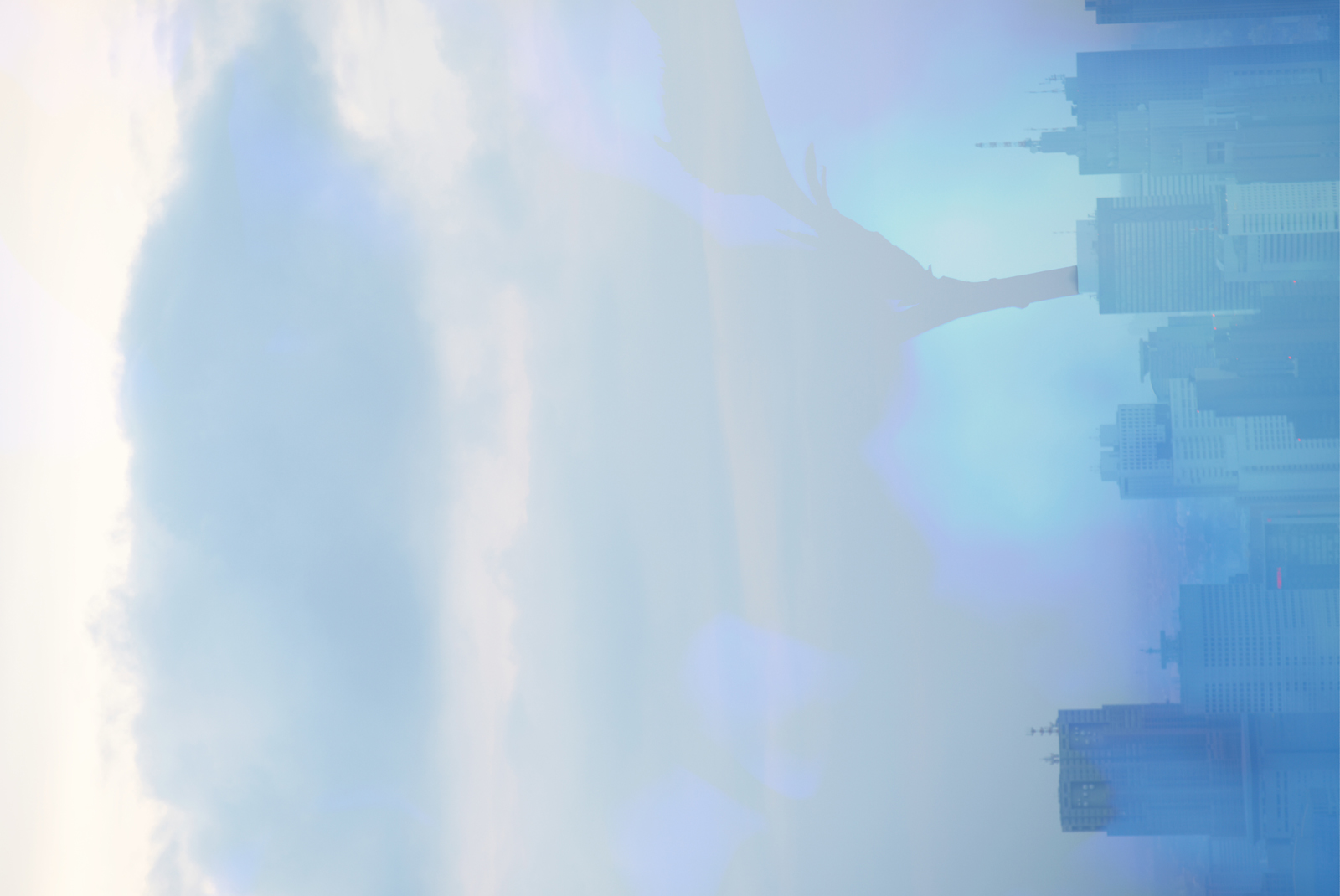 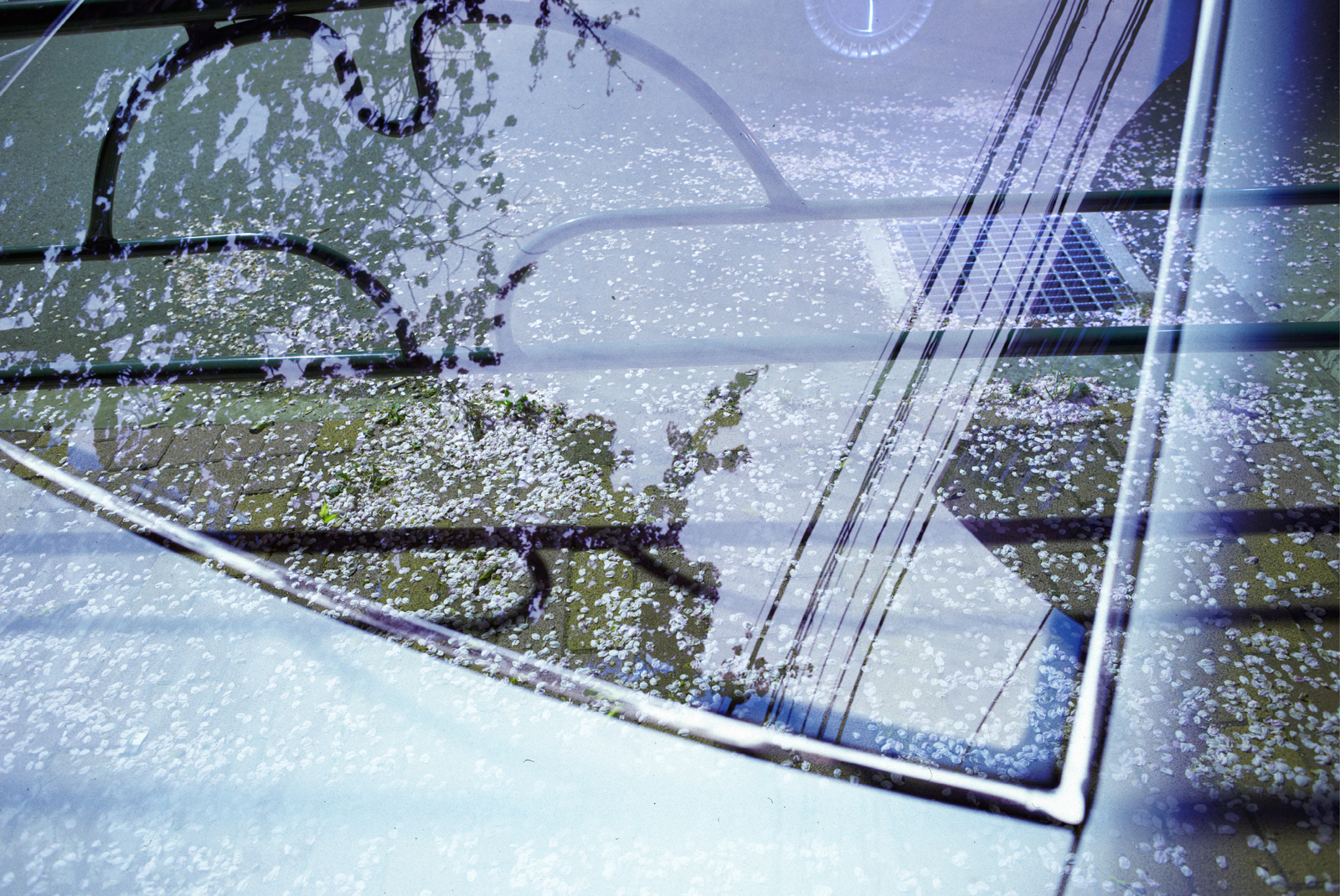 Cherry blossom simultaneously symbolizes the fragile beauty and ephemeral nature of life. In Japan it is often associated with mono no aware, first mentioned by Motoori Norinaga, a Japanese scholar of Kokugaku during the Edo period. Mono no aware translated as the pathos of things, empathy toward things or a sensitivity of ephemera. The transience of the cherry blossom stands in stark contradiction to the urban-woods of Tokyo and is poetically explored in ABOUTCURIOSITY.
The metropolis that is Tokyo is affected by strong contrasts and clear vertical alignment but within the few days of cherry blossom an almost unnatural fragility is growing in-between. It becomes an exceptional juxtaposition but at the same time a symbiotic entity, moistening the urban structure with a romantic texture. Displaced into a fictitious space, this photographic examination attempts to separate the natural from the artificial through opposed layers, only to merge them again into a graphical unity. By over-lapping urban scenes with the refinement of the blossom, new ambient structures evolve. The artificial describes the natural and vice versa.
tokyocuriosty.blogspot.co.at 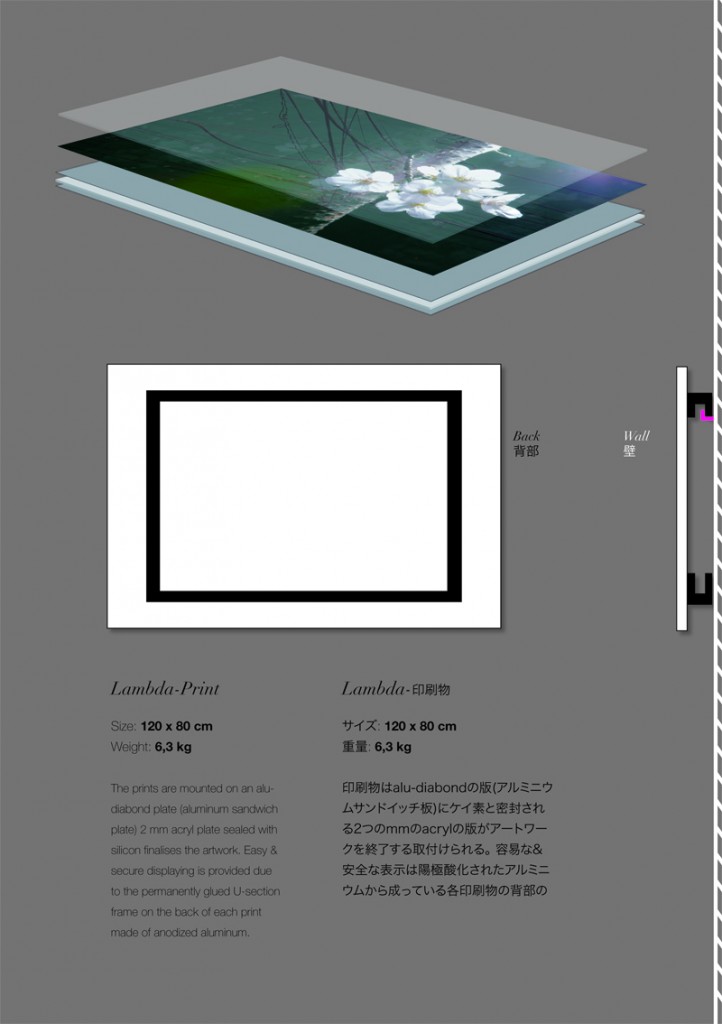